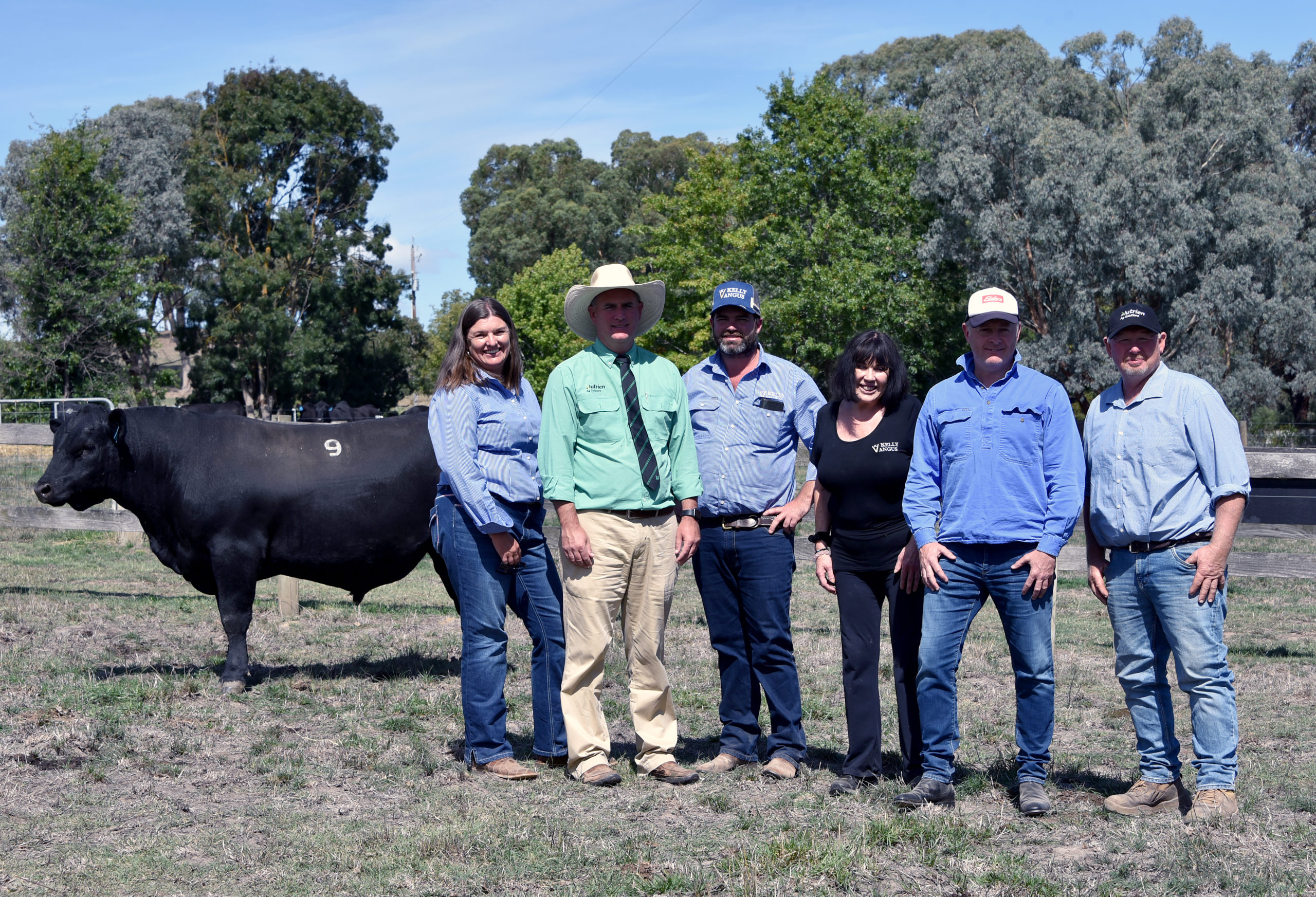 The stud which recently made international headlines when their $108,000 bull went missing capitalised on strong demand at their Yea sale.

It was the bulls that were present rather than the one that went missing that attracted all the attention at the Kelly Angus sale at Yea this week.

Missing in action: Record breaking Texas Powerplay P626 sold for $108,000, then made more headlines when he went missing and was promptly found in January of this year.

Kelly Angus manager Patrick Joyce said the top bull, Kelly Angus Trailblazer R233 sold to local commercial producer Tim Rourke from Murrindindi and had been judged the best by most who attended the sale.

“This bull was a standout from the time he was a calf, is one of the best Trailblazer sons I have seen out of a very handy cow and has good numbers and good structure,” Mr Joyce said.

Trailblazer R233, a 20-month-old bull had figures of 1.9 for birthweight, 122 for 600-day growth and was negative for gestation length and days to calving.

Mr Joyce said producers were chasing bulls with the right figures for calving ease and birthweight, as well as growth.

“At the end of the day, calving ease and birthweight give you live calves on the ground, and that is what drives profitability,” he said.

“You clearly need to keep a focus on growth too, but you need live calves first.”

Mr Joyce said bulls sold to three states but 70 per cent stayed with a 60-kilometre radius of their Yea base.

“This is only our third sale and while clearly the conditions around the beef industry are fantastic at the moment, it is really pleasing to see our average where it is,” he said.

“The progeny from the bulls from our first sale are really only growing out now, and it seems they are doing a good job because people are coming back to buy our bulls.

“It was also good to see that producers were prepared to pay for bulls by homebred sires, which shows faith in our breeding strategies and direction.”

Of the 10 bulls that were passed in at auction, 9 sold the same day, giving a near perfect clearance from the sale.

And as for Texas Powerplay, the bull was semen collected again earlier this month in “back to business” for the sire, Mr Joyce said.